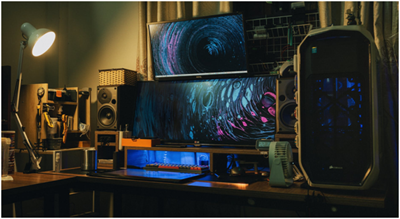 Playing video games is one of the best ways to spend your time if you are truly bored. And, what is better than addictive shooter games when you are looking to pass your time? You can play these games with your friends or even with strangers thanks to multiplayer capability.

Now, most of these games are even available on smartphones that makes them all the better.Bored? Simply take out your smartphone and start playing games that you think are good. If you are unsure which games to play, read the list of addictive shooting games that we have compiled below.

The list includes games for desktops and smartphones. You can download most of these games on Android and iOS from Google Play and Apple app stores.

Here is a list of the most addicting shooter games that you should play. The list is in no chronological order, and all games are popular among the masses.

PUBG is one of the fastest-growing games and is the current king of the shooting games genre. It’s wild, stunning, and offers some great gaming experiences to its users. You start with a squad, and all are free to kill the players they want.Only the one left at the end wins the reward and, i.e., a chicken dinner.

There are also social components there. Therefore, it is an online shooter player game. The game has a glitch, and the HUD game has a little learning curve. If not, it’s a safe and popular shooter enthusiasts alternative game that you can play in leisure.

Fortnite is a perfect replica of PUBG. If, for some reason, you don’t want to play PUBG, then nothing is better than Fortnite. It also comes with great graphics, action sequences, storylines, and a gaming arena where you can play against other players. The character design is, of course, different from other addictive shooting games.

Fortnite Battle Royale is famous because it is free to play and offers aesthetic visuals. This game is considered a lot less brutal than the previous combat multiplayer game we just discussed. It is attractive to both professional and recreational video game players.

If you are looking for a Slingshot game, then nothing can beat Angry Birds. Angry Birds is a product of Rovio Entertainment and is known for its fascinating gameplay. It is basically a game that highlights the story of Pigs and Birds. Pigs are always after birds and kidnapping them. The Angry Bird is the protagonist, and he and his team of other birds take revenge on the Pigs.

The main version of the game has 50 million downloads per day and 200 million minutes of play. The game is so addictive that it has garnered more than 3.7 billion downloads, according to Rovio!

Think about dog fights in the air. This game is all about that. If you ever dreamed of becoming a fighter pilot or if you plan to become one, then AirAttack will surely boost your ambitions. The game tells everything you need to know about Air attacks, defenses, and aerial fighters. Use modern combattiers and fight from the US to Japan. Carry Napalm, Atom, and even Helium bombs on your plane’s back and throw them at the right targets.

The game is filled with missions that will push your adrenaline to the edge. In this amazing arcade game, you will find the whole arsenal of contemporary combat weaponry!

Call of Duty is a widely popular game, and that is why in its first week of launch, the game alone garnered over 100 million downloads. CODM ended its first anniversary with $480 million in revenues in October 2020. Due to its popularity, Call of Duty has become a quality FPS game that everyone loves. Now that it is available on smartphones, it gives a tough battle to all the top addictive shooting games.

Since it is a free-to-play game, you can easily download and play it on Android and iOS. The game has over 270 million downloads in a year. It is one of the greatest mobile game launches in history.

A fairly new addition to shooting mobile games, Free Fire is gradually climbing the ladder to the most weekly downloads list on Android. It is known for its arena-battle scenarios similar to those of PUBG and Fortnite. The game is highly popular in Asia, Middle East, and Europe. It offers many new characters, storylines, better gameplay, immersive graphics, and visual effects, unlike any others.

Whether you are looking for quality games that you can play with friends or alone, Free Fire is the game you should get.

Modern Combat is another popular game by Gameloft. The game is about urban survival and warfare. You start as the commander of your armed forces, and you have missions to complete. The game is a team survival game, and you have to take care of your teammates during the whole scenario. It is similar to Call of Duty and PUBG. You play either in single mode or with other players from around the globe, completing different missions. Modern Combat has been rated in the top ranks consistently in the past few months.

Another great game that shouldn’t be missed out from our list is the Dawn of Zombies game. The game is known for its highly disturbing visual effects, gameplay, and team modes. You start with other players in an arena filled with zombies, and the only way for you to survive is to let them pass. Or, don’t start shooting at them. Because these zombies are vicious. They can run, jump, fight, and they can eat you alive.

Our recommendation, although it is a great game, play it at your own risk!

Need some lite entertainment? Then the Disc Shooting game by Unlimited Gamez MO¬ would be your ideal choice. The game is a replica of the retro disc shooting game that you played with your joystick. It is a great game for anyone looking to play quality games with their kids and families. It is also a great game for game nights because you get some fun, entertainment, and lots of laughs.

That said, there are many more games that you can play on a desktop or a smartphone. If you are still unsure where to start, simply visit Google play and type Shooter games in the search bar.

Do you know of any highly addictive shooting games that we have missed from our list? Tell us about it in the comments below, and we will surely add it to the list.

Audrey Throne has an ongoing affair with the words that capture readers’ attention. Her passion for writing dates back to her pre-blogging days. She loves to share her thoughts related to business, technology, health and fashion.

HOW TO WRITE SEP OPTIMIZED TEXT: A STEP-BY-STEP GUIDE

Understanding Your Treatment Options For a Cystocele