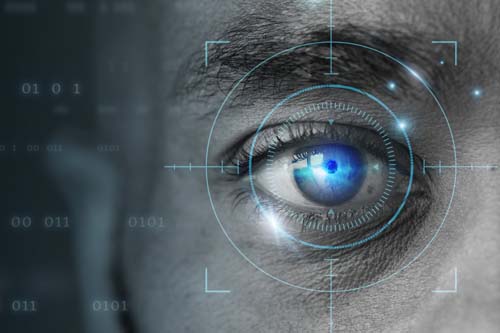 Data analytics, machine learning, the Internet of Things, neural networks, and natural language processing are terms that were non-existent before the advent of Artificial Intelligence (AI). Although it is not a completely new concept and a version of AI was being used for decoding the infamous Enigma cipher, it has gained immense popularity since the turn of the century.

AI took the world by storm ever since IBM’s Deep Blue defeated the reigning world chess champion, Garry Kasparov, in 1997. Since then, AI has gone through a ton of developments and has become an integral part of our daily life. So much so that most people don’t even realize that it’s an AI algorithm suggesting to them which songs to listen to, videos to watch, or things to buy. While the growth of AI has been mostly beneficial for almost everyone, there are a few AI risks that people and businesses are starting to realize.

AI risks that you should be aware of

It is easy to ignore the kind of (not so good) power AI holds when you are stuck focusing on the benefits it has provided and the potential it holds for the future. While flying cars, talking robots, autonomous delivery systems, and smart surgical devices feel like a not too distant reality, loss of jobs, out-of-control vehicles, deep fakes, and AI controlled weapons are a threat that you cannot ignore. Read on to understand this better.

One of the most pressing risks that AI poses is the loss of manual jobs. As machines are getting smarter and smarter, they are gradually replacing many manual jobs that are time-consuming and repetitive. Not only can AI complete these tasks quickly, but also more efficiently, and with fewer errors. While blue-collar jobs are at maximum risk due to this, AI poses a major threat to various white-collar jobs as well. Companies, irrespective of their nature,want to increase their revenue and cut back on expenses.And employing a machine that can single-handedly do the work of 10 people makes sense logically and monetarily as well.

It is said that of all the digital data present in the world right now, 90% of it was created in just the past couple of years. Data has become important not just for companies to sell something to you, but also for the government to keep a tab on citizens. With the help of AI, e-commerce companies, social media networks, online games, and almost everything else are storing and sharing your private data for the parent company to make tailored content that is sure to attract your eyes. For instance, Facebook employs AI to keep the visitor on their page for as long as possible. However, this also means that the privacy of the data you put out there is at risk.

Autonomous cars are becoming a reality and there’s still a debate as to who should be held liable if the car is involved in an accident. Similarly, who would be responsible for AI systems making an error in judgment after processing heaps of data? Would it be the person providing the data, the organization which is employing that AI solution, or the company that came up with the algorithm for that system to behave in such a manner? Our inability to try artificial systems as a human poses great risk as people can use it to cheat others and still get away on legal grounds.

While autonomous cars can be perceived as a boon, autonomous weapons are a serious AI risk. Incorporating AI features into guns, heavy weaponry, or nuclear weapons can be catastrophic. On one hand, it could give rise to an AI arms race where countries would fight each other to create the most destructive AI-controlled weapon.On the other hand, it can give rise to unethical hackers who can manipulate the data, take over the controls, or even launch a weapon targeting a certain group. This is a genuine risk that has compelled governments to create ethical guidelines on the usage and deployment of AI-controlled weapons.

This is probably the biggest threat that AI poses and something that has got experts scratching their heads for a solution. Famous people like Elon Musk and Stephen Hawking have already warned us against the consequences of the exponential rate of improvement in AI technologies.Also, there is a possibility that machines might gradually become more intelligent than us and could take over most processes they don’t deem fit for humans. Their lack of consciousness could even lead to a stage where we are at the risk of extinction. While this could seem like a far-fetched theory right now and something straight out of the movies, many experts still consider this danger to be real.

To wrap up, AI is still a young technology that is undergoing rapid developments every day. Its usage is also growing by leaps and bounds. And a time might come when AI ends up completely automating certain industries. With its popularity increasing among companies, students as well as governments, it is important to be aware of the AI risks discussed above and take decisions accordingly.

The best seo company in Hyderabad

Web Designing vs Web Development: Key Points That You Should Know