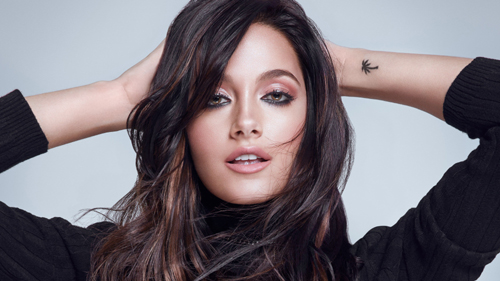 A complete bio guide of Oriana Sabatini
Oriana Sabatini is a excellent artist who knew what she wanted to do in her life at an early age and worked hard to achieve it. He has already won several awards and has collaborated with various world-renowned talents in both his musical and acting careers.

Oriana Gabriela Sabatini Fulop, this is the girl’s full name. Oriana Sabatini Birth date is, April 19, 1996, in Buenos Aires, Argentina. Model and show-girl Oriana Sabatini has become known to the Italian public by the bond with Juventus player Paulo Dybala. Thanks to her versatility as an actress, singer, and model, Oriana is very popular in her homeland and is starting to be so also in Italy.
She is the eldest of a couple of actors formed by Osvaldo Sabatini and Catherine Fulop, of Venezuelan origins. In addition to the bond with art, which flows in Oriana’s veins, there is also that with sport, thanks to her aunt Gabriela Sabatini, internationally recognized tennis player, champion in the years between the 80s and 90s.

Stimulated also by a family with remarkable artistic veins, Oriana Sabatini follows a rather interesting training path, which leads her to study singing, piano, and even theater. Her school career, already characterized by various successes, sees a further advancement when her parents choose to let her attend the Chávez Institute, a school for aspiring artists, for two years, as well as a year at the prestigious New York Film Academy.

Thanks to the attention paid to her mother, Oriana can count on a debut in the fashion world that immediately puts her at the center of the scene. At the age of thirteen, she was chosen to pose in the first photoshoot for a magazine, accompanied by an article focusing on the relationship with her mother. The first performance on television sees her debut as early as 2011 with a small part in the soap opera PorqueteQuieroasí, made in Uruguay.

After her successful time as an actress in the youth series Aliados, Oriana Sabatini began planning a musical career in 2016. During that time, the singer took advantage of the support of her parents, who accompanied her on a trip to Los Angeles, California, United States, to work with some renowned pop music producers.

Sabatini ended up being discovered by American producers MdL and Cameron Forbes. MdL is recognized in the artistic world for his work with singers of the trajectory of Justin Bieber, Maroon 5, and Anne Marie. Cameron Forbes is a rapper who is also dedicated to songwriting and production in hip-hop music. This group of experts helped Oriana Sabatini to compose and produce the song “Love Me Down Easy,” which, according to an interview conducted by the La Viola space of DiarioClarín, Oriana revealed that she had been recording since May 2016.

The following year she was called to be part of the cast of Aliados, an Argentine television format that caters to young people. The adventure continues until 2014, the year in which he also participates in the theatrical adaptation of the program. Oriana also chooses to pursue her musical inclination, which finds concreteness in April 2017; she debuted with her first English-language single, Love Me down Easy. With this song, he also participates in the ShowMatch program.

In July of the same year, he collaborates with Ariana Grande in the Dangerous Woman Tour, during which he has the opportunity to present two new songs.

The career consecration of Oriana Sabatini, a multifaceted artist

In mid-November 2017, Oriana Sabatini is chosen to open the two Coldplay concerts at the Unico Stadium (La Plata), concluding they are A Head Full of Dreams tour in Argentina. In the same year, the beauty giant L’Oréal chooses Oriana as the face for the advertising campaign of Casting Crème Gloss.

In 2018 he performed at the Argentine version of the Lollapalooza festival together with the Red Hot Chili Peppers. He also made his debut in the world of cinema with the film Perdida. She is then entrusted with the leading role in the television series Medusa.

In 2019 he starred in the film Quétejuegas Of Spanish production. In the same year, she was entrusted with the role of the protagonist in the television series Secreto Bien Guardado, where she acted together with the actor Victorio D’Alessandro. 2019 proves to be a very lucky year for the Argentine artist, who also manages to conquer the main part of the film Rosario: unclásico de Amor y fútbol.

In the summer of 2014, Oriana Sabatini’s bond with fellow actor and YoutuberJulián Serrano begins. The relationship between the two lasts about three years and ends amicably. In July 2018, Oriana met and fell in love with the Argentine footballer Paulo Dybala, part of Juventus. During the first wave of the Covid-19 pandemic, in March 2020, Oriana Sabatini and Paulo Dybala are among those infected with the virus and spend their quarantine in Italy.

In the early days of 2021, Oriana amazes fans and the general public by announcing her bisexuality. In reality, the values pertaining to sexual freedom have always been very important for the Argentine artist, who often places them at the center of his question and answer sessions. He manages the relationship with admirers.

Oriana has a very good career, however, she was not able to win any awards or nominations on her own. Also, we can assume you’ll get some in the next few days. Oriana is an Argentine model, actress and singer. Additionally, his estimated net worth is around $8 million.