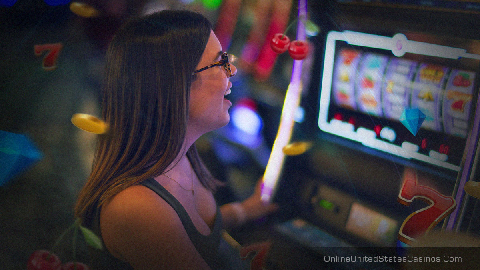 Slots are seldom cut when lists of the most player-friendly casino games get put together. Usually, table options like roulette and blackjack find themselves at the top of these compilations. That is primarily because they have a house edge that hovers around the 2% to 3% range. The knock-on reel spinners are that their winning probabilities could be better than those available in casino classics. Yet, that is only partially accurate and applies more to physical machines than online picks.

On the internet, reel-spinning products that feature chances for players to win prizes akin to those at dealer tables do exist. That is possible in the interactive gaming sphere because of the lower operational cost gambling sites incur compared to brick-and-mortar establishments. Hence it is common for platforms to house spinners with house edges of 2% to 3%, except this operator advantage in the slot realm gets expressed in a reverse percentage format called return-to-player, or RTP. An RTP of 97% translates to an edge of 3%.

Gamblers can learn the RTPs of specific titles at top-end review hubs like OnlineUnitedStatesCasinos.com, which lists over a hundred slot games by odds of winning. Such websites act as invaluable resources for games of chance enthusiasts. They supply analysis of the sector’s newest gaming releases. Plus, they highlight their key specs. To make things super easy for newcomers to this gambling genre, here is a quick rundown of five spinners that offer excellent potential for players to get a decent return on their gaming investments.

After Night Falls is a stunning 3D slot from Malta-based provider Betsoft. It was released in mid-2012, but Betsoft continuously updated this popular game until 2019. So, it does not feel at all dated. It utilizes a protagonist based on Peter Sellers’ Inspector Jacques Clouseau named Detective Rousseau. The plot here revolves around a ruthless criminal terrorizing a Paris-like city, robbing its residents. And it is up to an incredibly intuitive yet very clumsy police officer to stop his crime wave.

Betsoft set the RTP of this engaging title at 97.27%, adjusting its variance to medium. After Night Fall has a minimum bet of only two cents, and that, along with the two mentioned specs, makes it the perfect game for gamblers looking to keep pace with their chosen casino.

Realtime Gaming, better known as RTG, is one of the rare globally famous game providers that, at one point in time, operated from the US, Atlanta, Georgia, to be precise. It has managed to maintain a reputation as a premium supplier of high-quality gaming products, remaining particularly notable for its collection of low variance slots with high RTPs.

One prime example is Derby Dollars, a horse-racing-themed title that appeared online in March 2011. Yes, this is another older release, but it gets featured because it delivers a low variance and an RTP of 97.5%. Its betting range goes as low as a penny and as high as a Benjamin Franklin.

Meerkat Misfits is another RTG brainchild. However, it is a much more novel release, landing in casino lobbies on June 15th, 2022. For the uninformed, a meerkat is a small mongoose found in southern Africa. The most famous depiction of a meerkat is in Disney’s The Lion King franchise, where Timon, one of the series’ main characters, is an anthropomorphic fast-talking meerkat.

The mongoose depicted here are reminiscent of Timon, and their reels feature an RTP of 97.3%, paired with a high variance. Meerkat Misfits has a vibrant presentation and engaging gameplay, with the main downside of this game being that its betting range moves from $0.3 to $7.5.

Here is another Betsoft game. One whose return-to-player setting can be either 97.7% or 97.3%, depending on which character players choose. The angel one gives a 0.4% advantage over the devilish girl. Note that you cannot calculate return-to-player percentages of slots manually. That data must get supplied by the developers, as complex math models determine these odds, and the public is not privy to their intricacies.

Woohoo is a developer from London that still needs to get its due. It is a relatively new company that has taken the online gambling sector by storm, supplying exclusive products to specific US-facing sites and ones that are widely available.

Gold Rush Gus is undoubtedly the online slot with the best odds on the Web. Aside from its competitors discussed in this article, other high RTP choices worth exploring include At the Copa, Who Spun It, SugarPop, and Dragon’s Siege.

Learn More About the MBC2030 Live Sabong Game and The Registration Procedure and Dashboard.