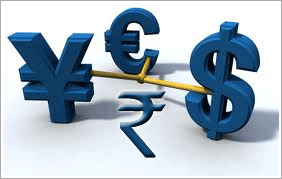 Economy Of The World

Payments received from foreign buyers will need to be converted back into the exporter’s currency. The same holds for importers, who must change their local currency into US dollars before overseas purchases. In addition, the US dollar will be required by multinational corporations that want to open a subsidiary, warehouse, or manufacturing facility in a different country. Currency conversion is required even for the finalisation of a merger or acquisition. The foreign exchange market is where such needs may be satisfied.

Financial instruments are often used to move money from one country to another. The amount credited to the recipient’s account is determined by the exchange rate determined on the Forex market, even though the transaction itself may involve more than two institutions. Credit lines are often formed in a nation’s favour when it lends money to another country for development initiatives. The current foreign currency market rates are applied to the transaction even using such instruments.

Not all international orders may be fulfilled immediately once an exporter gets them. Thus, the patrons initiate a payment guarantee by letter of credit. In most cases, an exporter will dispatch goods within 45-60 days after receiving payment. Meanwhile, the value of the local currency relative to the US dollar may increase or decrease. It implies that the exporter’s anticipated profit, as calculated in the form of a quotation presented to the final purchaser, is only sometimes guaranteed to materialise. Some exporters lose money on their ventures. An exporter may lock the currency rate by signing a contract with the executing bank. It will then utilise the foreign exchange market to hedge the position and protect the exporter’s interests from any unfavourable outcomes.

Reserve currencies like the Euro, US Dollar, British Pound, Japanese Yen, Swiss Franc, and Chinese Renminbi are often kept in significant numbers by central banks in countries with stable governments as foreign exchange reserves. It is with these reserves that the economy is kept from crashing. When an economy shows signs of levelling out, the central bank will often lower interest rates to stimulate growth. As a result, outside financiers will lose interest in purchasing local currencies. If required, central banks will also sell the local currency and purchase the reserve currency in the foreign exchange market to keep the home currency weak. The export market will become more competitive due to the devalued home currency. More money in the system and low borrowing rates equal more consumer spending. That’s a recipe for economic expansion.

You can download MetaTrader for Android and trade efficiently. Without the option to trade, the Global Economy would grind to a halt since there would be no reliable way to set the value of currencies against one another. It would also cause massive manipulation of currency rates by certain nations, which would cause enormous imbalances in the global economy.

Why You Need Emergency Restoration Experts

BUFFSTREAMS, THE NEW WAY OF ENTERTAINMENT

Now, it will be simpler to load eBooks that you didn’t purchase from Amazon using Kindle e-readers.